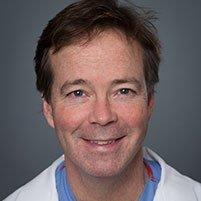 A tubal reversal is a procedure that allows you to conceive after you've had your “tubes tied.” OB/GYN Dr. Macey, located in Nashville, Tennessee offers tubal reversal procedures to his patients who are considering having another child. If you live in the Alabama, Kentucky and Tennessee area, book your appointment online, or contact his office for a consultation to see if the procedure is right for you.

What is involved in a tubal reversal procedure?

During a tubal reversal, the damaged portion of the tubes is removed, and the ends are reattached allowing the egg to move toward the uterus without any obstacles. It's important to let the newly reconnected tubes to heal before attempting to become pregnant fully.

Dr. Macey reviews your case and determines the best way to perform the procedure based on how the initial procedure was performed. The success of your procedure is determined by several factors that are unique to you and your situation.

Before recommending any further procedures, he discusses all of your options with you so that you can make an informed decision.

What are the benefits of a tubal reversal procedure?

Tubal reversal procedures offer several benefits. First and foremost, the procedure restores your ability to conceive a child naturally without any outside intervention. During the procedure, Dr. Macey treats any scar tissue that may be present that would prohibit the egg from traveling through the tubes to the uterus.